MOTORISTS are being warned of an elaborate scam that has already fooled 3,000 drivers – here’s how to avoid it.

Car buying scams are on the rise, with criminals taking advantage of people searching online for their next set of wheels.

A BBC investigation recently revealed just how easy it is to fall for such scams, while exposing a fake car dealership website that defrauded people out of thousands of pounds.

Pietro Pagliuca from West Yorkshire told the BBC how he transferred almost £4,000 to a legitimate-sounding company for a second-hand Nissan Qashqai.

He even chatted with someone saying they were a sales directors, before parting with his cash – and he even saw what he thought was a company stamp on the invoice they sent him.

But, he was scammed, and according to Action Fraud the number of people being conned is growing. 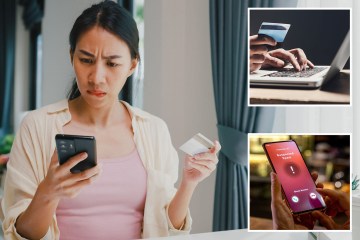 Get information about the car upfront

Veygo CEO James Armstrong said you should ask the dealer as much information about the car as you can.

He said: “Make sure you know its make, model and year of manufacture, and the registration number so you can do your own checks on its history before taking anything further.

Investments Hoax is an online 24/7 scam and fraud focused magazine curating news from around the globe. Have you encountered a scam? Submit Here.

You may have missed